ABC never-aired this 1979 Baldwin profile. Producer was told -- No one would be interested in a “queer, Black has-been”

"Baldwin speaks frankly about outing himself to the general public with his 1956 novel Giovanni’s Room and about what it means to live as a Black man in a nation that has always favored its white citizens:

Nearly 35 years before Black Lives Matter’s formation, he tackles the issue of white fragility by telling Chase, “Look, I don’t mean it to you personally. I don’t even know you. I have nothing against you. I don’t know you personally, but I know you historically. You can’t have it both ways. You can’t swear to the freedom of all mankind and put me in chains.”
The finished piece is a superb, 60 Minutes-style profile that covers a lot of ground, and yet, 20/20 chose not to air it.
After the show ran Chase’s interview with Michael Jackson, producer Lovett inquired as to the delay and was told that no one would be interested in a “queer, Black has-been”:

I was stunned, I was absolutely stunned, because in my mind James Baldwin was no has-been. He was a classic American writer, translated into every language in the world, and would live on forever, and indeed he has. His courage and his eloquence continue to inspire us today."  (All emphasis mine) 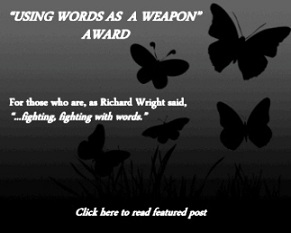 "The Voice in the Viral Video"